Hostinger is one of those platforms where web hosting can be accessed without much hassle. Whether one is a newbie or an experienced veteran, every feature is there to be accessed with different plans which dish out various tools. With reliable server speeds and good uptime guarantees, there are a lot of areas which can be counted upon when it comes to Hostinger web hosting. It also has plans for cheap Virtual Private Servers or VPS to handle private servers with 30 day trial period programs individually. State of the art cloud services allows anyone to access their website for better communications. The website building program has web hosting of three kinds offering various features based on the prices with commonly used features like cPanel, FTP user, curl and curl SSL, PHP support, InnoDB database, cronjobs, advanced cronjobs, audio video streaming, software auto installing scripts etc. which are also assured with money back policies if there is negligence considered in terms of these features.

How To Use And User Instructions

When it comes to tutorials, Hostinger has one of the best-known tutorial sites ever, with a variety of cheat sheets and instructions which give access to information based on certain technicalities.

There are more than a million sites which are now closing in, to a billion with WordPress hosting and Hostingerassociated partners. Being the most innovative CMs platform it certainly has lots of edges which makes life easier for website building and web hosting professionals, however, to build a website there is a requisite for knowing the good code. Even WordPress developers face difficulties when it comes to solving difficult codes which, come into their way, but Hostinger ensures nothing of that comes into the way of the users.

The knowledge of the key access features and various kinds of shortcut popups is the way to a good website building program.

1)   WP-CLI Cheat Sheet – this is meant for the developers who are playing a beginners role as it is incredibly handy for the resources which come into play initially.

2)  Cheat Sheet Theme For Developers – there are lots of PHP tags to remember and compiling each one of them one at a time is a seriously difficult task. And the themes offered are subject to lots of customizations with basic templates and other features. This helps users to remember the various tags which most people forget while working from time to time.

3)   Keyboard Cheat Sheet – It is quite a rigorous task, when it comes to remembering what the keyboard offers in function while working with Hostinger, so there are quick looks into the basic functionality on what bloggers need, thus saving time in finding multiple steps which WordPress might prompt and make the web developer do extra workloads.

The tutorials are also offered by special customer service centers which offer extensive research on how to rebuild the websites efficiently without any problems. However, there are lots of manpower and support. This gives the organization a boost and readily provides solution into the community centers, which is supported by other developers who make it a good point for it to be accessible for the most common troubleshoots which include advanced problems and with better guidance. However, there is widespread multi linguicism which helps them to connect with customers who might not know English or other commonly used languages. This helps to create a stronger bond between the support staff and various other customers who intend to build websites or host servers from their own homes or on an industrial level which require greater packages. The guide is downloadable in pdf and text format which ensures cross-platform compatibility and usability when it comes to using it.

Even though the trial period constricts and imposes limitations on VPSes and Hostinger web hosting services, it is indeed a good package for those who want to get started, and it does include some of the most common features with good speeds and better storage spaces. But when one goes up to the higher features it is noteworthy that the features are better than most of the other features offered by different hosting companies in the market. The backups and the curl features are almost non-existent in others, but since it is also given in the trial version, it is therefore trustworthy and redeemable. The uptime speeds are also better due to individual assignments to individual servers. Also, Hostinger.com ensures that there is more to web hosting which meets the eye. With already provided templates and guides to provide information on what is already there it is indeed the most transparent tutorial ever.

When it comes to price comparisons, there is none like Hostinger because it has prices which none can compete with it with a single survivor plan earning the acclaim of millions of developers who rely on it for starting out on a regular basis as it provides roughly all of the features for a good trial period. Single web hosting is indeed great but not suited for growing businesspeople, while the premium plan offers unlimited access to domains and whatnot with greater disk space and capacities. But the business web hosting plan offers deluxe live supports and unlimited domain ownerships. So if your requirements are quite demanding then this will be the best plan for you.

Unlike website building, there is also VPS hosting and cheap domain building which gives extra edge if one is already associated with it along with PHP certifications and SSL

There are lots of website building companies which sometimes lag in their specialties thus making them a not so preferable choice thus Hostinger is the best one to go with.

Hostinger is one of the best-suited platforms which guarantee most of the features on a stipulated basis without any hassle and therefore it would be the preferred choice with best overall performances.

Being a network administrator means you are always facing one … 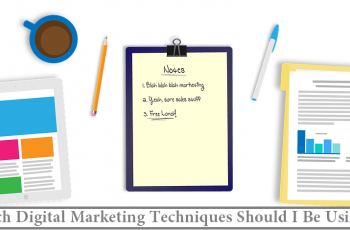 Once a business owner realizes that she or he can …