“A recent report by S&P Global found that the debt load for U.S. corporations has reached a record $6.3 trillion. That’s higher than it was in 2007, and we all know where that ended.” The U.S. has the highest absolute debt burden, with around a third (31.8%) of the total; Japan also has a chunk (18.8%) and China the next largest piece (7.9%). Moreover, https://www.forbes.com adds “The Congressional Budget Office said the U.S. budget deficit will surpass $1 trillion by 2020. However, this is only likely to become a systemic problem if people refused to fund it.”

You need to understand that several professional debt negotiators are taking advantage of the economic recession and they are still marketing their services. Often debtors are taken for a ride as they make tall promises of securing huge savings and impressive debt reduction. However, debt settlement negotiators do not tell their potential clients about some of the negative implications associated with debt settlement and they often end up downplaying the potential risks if any. You must understand the true implications associated with the settlement of your business debts. You must become aware of the different ways how a debt settlement negotiation could backfire on you.

Suppose your business debts are settled for a relatively lesser amount as compared to the total amount outstanding, the IRS treats it definitely as taxable income. For instance, suppose you owe roughly $4000 and you manage to successfully negotiate and secure a lower debt settlement amount for $2000, the amount you save would be at once, reported accurately to the IRS. In this case, your saving was $2000 so you would require paying the necessary income tax on the money saved at tax time.

We know that creditors are used to generating Form 1099-C. This Cancelation of Debt would show the exact amount forgiven above $600. Often debtors are surprised to receive a higher tax bill. A reliable debt settlement company must inform its clients beforehand about the tax implications so that they are mentally prepared to pay a higher tax bill. If you are not warned well in advance about this by your debt settlement company, they are simply not trustworthy. You should go ahead with debt settlement only after consulting an experienced tax professional and after factoring the potential tax consequences due to debt forgiveness. You may also, browse through debt settlement reviews online to learn more and for effective debt solutions.

Some creditors would be selling off the unpaid portion of your settled debt straightaway to any collection agency of their choice. Several borrowers would be relaxing at the thought of knocking out all their debts once they get a debt settlement. However, some creditors smartly sell off the unpaid part of your debt to professional debt collectors who would be chasing you henceforth. This is only the beginning of your woes and miseries. They would be calling you and sending numerous emails and making your life hell.

To avoid this sort of a situation, it is best to make sure that the debt settlement agreement is a clearly written legitimate document duly signed by your creditor. Remember any misstep or mistake in the drafting of your debt settlement contract or agreement could culminate in a vicious cycle of debts. You must know and understand all the consequences of debt settlement before opting for it. You must take this issue seriously.

You May Get Sued By Your Creditors

If you do not make the monthly payments or if you fail to acknowledge your creditors, they would be compelled to take legal action directly against you. However, there are several factors that would be considered by your creditors before filing a lawsuit against you. What is your actual debt amount? Are you a likely candidate for filing bankruptcy? Are you by any chance judgment proof? Often even though there is no possibility of debt recovery, a creditor would go on pursuing a legal judgment obliging you to pay. This would result in damaging your credit profile even more while providing your creditor more choices for getting paid such as wage garnishments. Your debt settlement negotiator may advise you to at once stop paying your bills and pending debts and instead create a separate account and divert all your payments there. This could trigger legal action from your creditors against you. 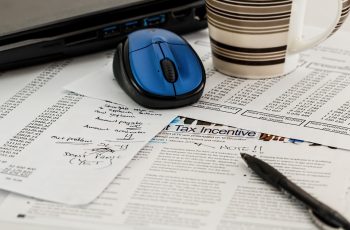 It is generally thought that the imposition of the tariff … 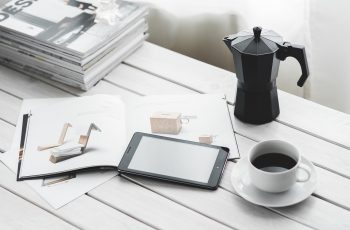 The use of internet has become common in the world, …