The technology no doubts the modern day wizard that has been dramatically changed the face of the world. Now we have computer machines in order to solve the problems and create such an idea that we can never think about it a couple of decades ago. The technology in the shape of software is continuously developing such technological creatures that are impossible to understand for the general public. Computer machines and cell phone devices are the ones that have made the people comfortable when it comes to making long distance calls, text messages, emails, shared media files in the shape of photos and videos. On the other hand, these modern devices have become vulnerable and may create such issues that really damage the privacy of a user.

Therefore, there are possible chances that someone is keeping an eye on you through the webcam and you may be your conversations are being monitored by anyone through your computer machine’s microphone.

It’s up to you how you would take this serious matter into account, either you may feel creepy and may you feel insecure. On the other hand, there is the number of people that don’t take this privacy matter seriously and use their inferior tactics such as they cover the laptop machines and hide webcams and microphone by using the piece of a tap.

But the technology has become so advanced in over a couple of years and hackers have tested plenty of experiments and they can still listen to your conversations by changing the headphone into a microphone and you don’t have a clue of malicious activity.

According to the reports, there is the group of Israeli security researchers at Ben Gurion University that claims that they have designed a proof of concept code that is actually malware that can converts a headphone into a sounded microphone and enable a user to track the conversations happening in the surroundings of the computer machine.

Converting typical headphones into the microphone is not a contemporary technique; it’s been tested decades ago. Today we have plenty of information that helps out the people want to listen to the conversation of a target person by changing the headphone into a microphone. On the other hand the expert does the job by switching an output channel of the audio card of the laptop device or computer machine it does not matter on which operating systems a device is running such as windows and MAC –to an input signal and then do the activity of recording the surround sounds without having a proper microphone channel and within 20 feet radius. The Dubbed speakers and the malicious code or malware is enabled to hack the computer headphones and converts into the microphone in order to listen to the audio even at the time the microphone is discarded from the laptop machine.

TOS can do the magic & Make Headphone your surveillance Tool

Now forget the old methods of converting your headphone into monitoring tool, just bring the cell phone and MAC computer monitoring software.  A user can use it to record the surround voices and conversations on the target cell phone or computer machine. A user can use it for plenty of purposes such as in order to monitor the activities of young kids and teens. Employers can use this monitoring app to listen to the gossips and the nature of the conversation of their employees within the working hours. The last but not the least spouses who are in e-relationship can also listen to the surround sounds and conversation happen on their husband mobile phones and even on the laptops that they use in their offices.

How does it work?

Initially, users have to install BlurSpy smartphones & PC tracking app. Once the user has successfully installed it on the target phone, then a user can use the MIC bug and can listen to the surround sounds and conversations on the target MAC machine. In-case user is up to track the cell phone of a target person then they need to use the spy 360 surround listening.

They just need to send a push notification to the target device and within no time they will be able to listen to the surround voices and conversations in real time. In-case the target device has attached headphones by the user, and then the headphones will behave as a monitoring tool and will be able to record the conversations being made in the surrounds and even on the target cell phone gadget or machine. Furthermore, if parents are monitoring teens when they are not in their homes they will come to know in real time if something is happening badly.

Suddenly, parents can use the GPS location tracker of the TOS spy app and reach the point where the teen has got the issue due to so many odd reasons. On the other hand, the suspicious spouse can also catch their partners red-handed when they are partying at some place and pretend to be in their offices. In short, TOS surround listening is the best tool for parenting to protect teens when they are present at their hidden whereabouts and help out spouses to prevent cheating by their partners to the fullest.

There is no need to use the old techniques, use the modern day cell phone & MAC tracking apps in order to solve the issues that you are facing. TOS will never let you down and behave as your guardian angel whether you are parents, employers, and spouses. 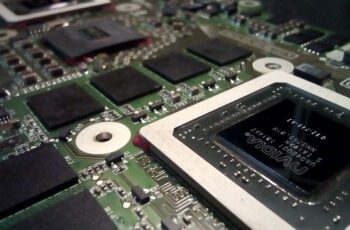 Many people are all graphics enthusiasts, somehow or the other. … 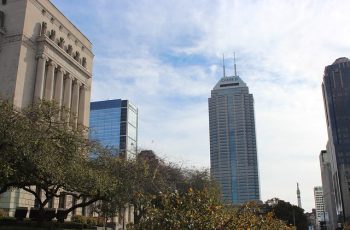 Salesforce DX now comes with a wide range of tools …